This build mainly focuses on the level editor. We completely revamped the UI! We're trying to make it even easier to build levels. We also added some additional functionality. 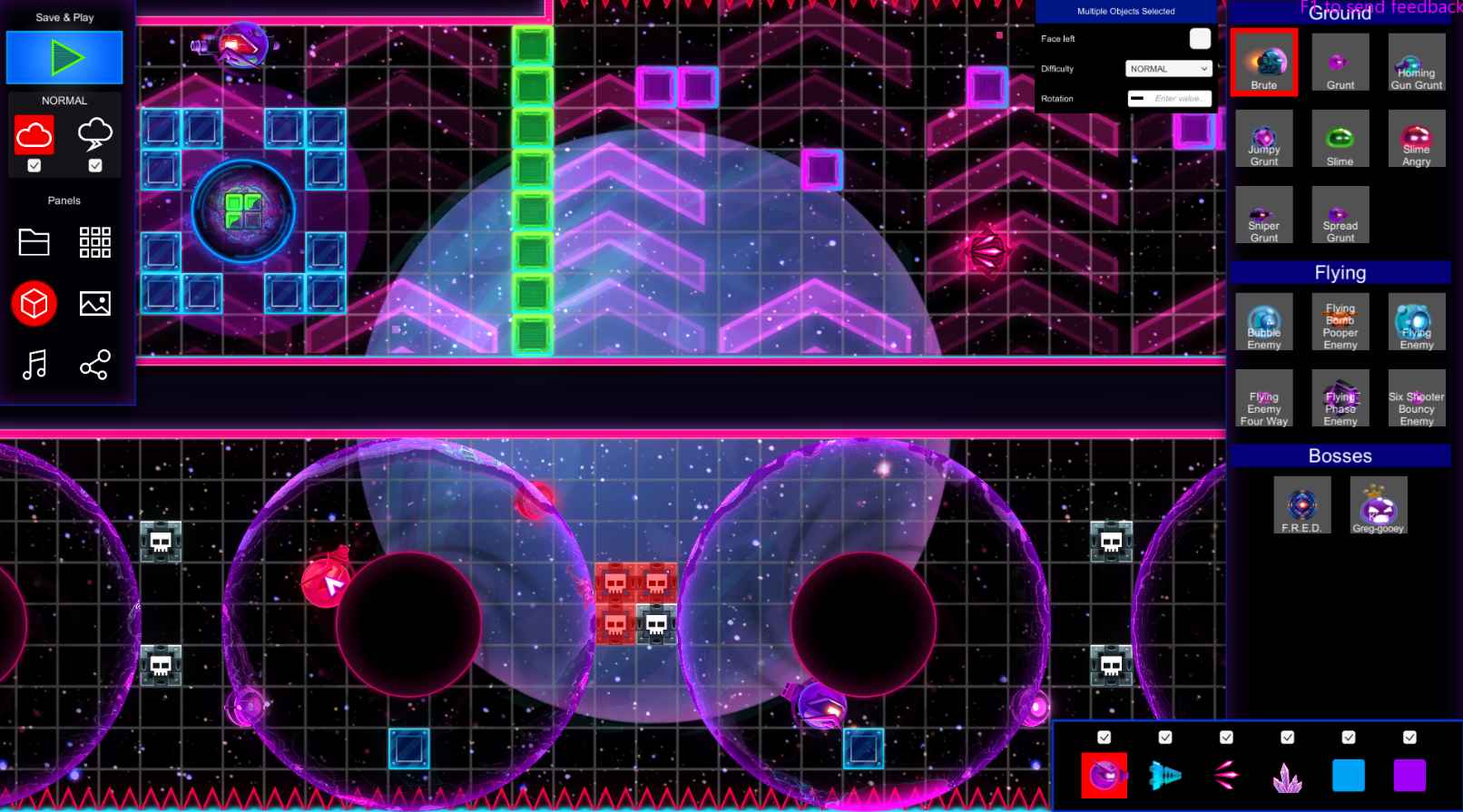 We also fixed some bugs and improved a bunch of other things!

Here is a list of our other changes and improvements in this build:

Please keep the feedback coming! We are always looking at it and are trying to fix what we can.

Keep on Glitching on!